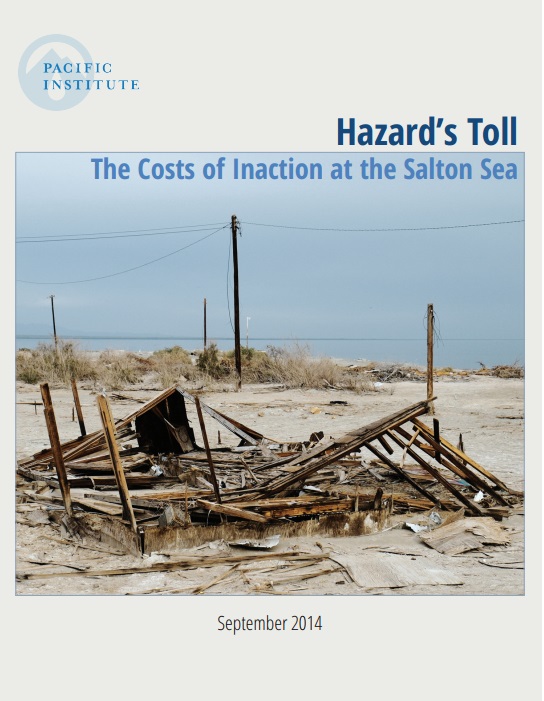 California’s Salton Sea threatens to impose massive public health and environmental costs if no action is taken to alter its decline. This report estimates the costs of inaction at the Sea, defined as the absence of any large-scale revitalization or air quality management project. It finds that worsening air quality, the loss of valuable ecological habitat, diminished recreational revenue, and property devaluation could cost as much as $70 billion over the next 30 years, well in excess of the project cost of the state’s proposed revitalization and water transfer mitigation plan at the time of this report. The consequences of inaction at the Sea will be felt most directly by the approximately 650,000 people living in harm’s way of the Sea’s dust and by the birds and other wildlife that depend on the lake.

Hazard: The Future of the Salton Sea with No Restoration Project

Haven or Hazard: The Ecology and Future of the Salton Sea