New Report Helps Separate the Frack from the Fiction

Fracking – a process to improve the production of oil and gas wells – has generated tremendous controversy in recent years. There are daily and confusing media reports from outlets across the United States and other countries, including Canada, South Africa, Australia, France and England. While fracking is hailed by some as a game-changer that promises increased national energy independence, job creation and lower energy prices, it has also been severely criticized by others because of serious and unresolved environmental, social and public health concerns.

Hydraulic fracturing, or fracking, refers to the process by which a fluid – a mix of water, sand and chemical additives – is injected into oil and gas wells under high pressure to create cracks and fissures in rock formations that increase the productivity of these wells. It is standard practice for extracting oil and natural gas from unconventional sources, including shale and tight sands, and is increasingly being applied to conventional sources. According to some estimates, 90 percent of oil and gas wells drilled in the United States now use hydraulic fracturing.

Much of the media attention about hydraulic fracturing and its risk to water resources has centered on the use of chemicals in the fracturing fluids and their potential to contaminate groundwater. The strategies identified to address this concern have centered on disclosure and, to some extent, the use of less toxic chemicals. But while chemical disclosure can be useful for tracking contamination, there are other water-related issues that must also be addressed.

New Pacific Institute research and interviews with stakeholders from industry and government to community-based organizations show they all share similar, serious concerns about the impacts of fracking on the availability and quality of water resources. In addition to concerns about chemicals and groundwater contamination, there are growing worries over the massive water requirements for hydraulic fracturing and the potential conflicts with other water needs – including water for agriculture and ecosystems – as well as the serious challenges associated with storing, transporting, treating and disposing of wastewater. Methane contamination of drinking water wells can also be a concern according to field studies in areas where natural gas is produced. More and better research is needed on these critical issues.

Unfortunately, like many political debates these days, the dialogue about fracking has been marked by ideology, confusion, narrow perspectives and obfuscation. For example, some industry groups use a narrow definition of fracking to argue that there is no link between their activities and groundwater contamination. Yet documented cases in Dimock, Pa., and an ongoing investigation in Pavillion, Wyo., provide evidence of groundwater contamination.

In these cases, however, contamination was associated with the integrity of the well casing and wastewater disposal, which are integral parts of the hydraulic fracturing process, but not the injection of the fluids underground per se – and so, the issue is skirted by semantics. Additional work is needed to clarify terms and definitions associated with hydraulic fracturing in order to have an honest and informed discourse about the risks.

Part of the problem is a lack of credible and comprehensive data, information and analysis of the real concerns associated with fracking. Due to the nature of the business, industry has an incentive to keep the specifics of their operations secret in order to gain a competitive advantage, avoid litigation and minimize regulation.

In California, for example, at least 159 oil or gas wells have been fracked since January 2011, mostly around Bakersfield but also near Santa Barbara and in Los Angeles. But since reporting is voluntary and not subject to third-party verification, the true extent of fracking in California, and its consequences, remains unknown.

Additionally, there are few peer-reviewed, scientific studies on the process and its environmental impacts. While much has been written about hydraulic fracturing, the majority of this writing is either industry or advocacy reports. As a result, the discourse around the issue is too often driven by opinion rather than science, ideology rather than fact.

Fracking may offer great promise, but it is absolutely irresponsible to rush into a major expansion without giving serious consideration to the social, economic and environmental risks, and the careful development of appropriate oversight and policies to minimize those risks.

Download the report here: Hydraulic Fracturing and Water Resources: Separating the Frack from the Fiction.

This Op-Ed first appeared in the Sacramento Bee. 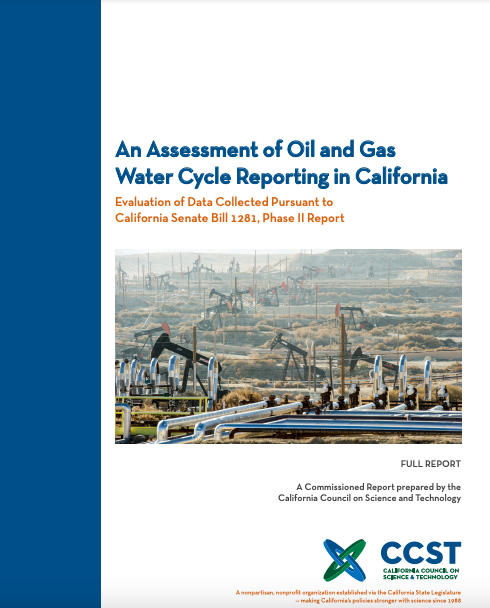 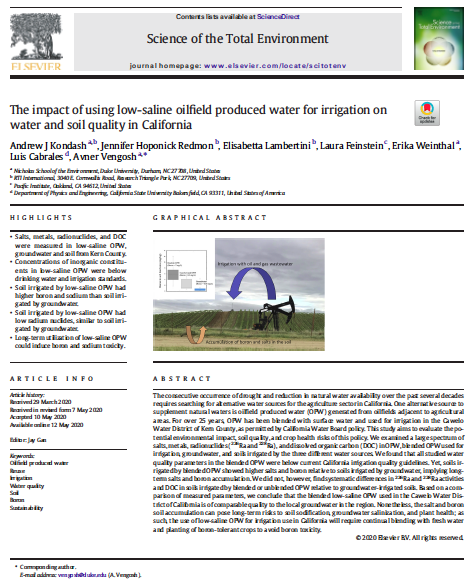 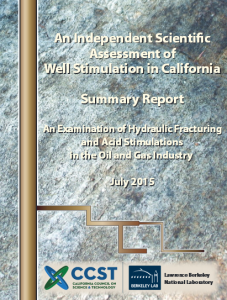