A version of this essay was originally printed in the Los Angeles Times on January 6, 2008.

After more than a decade of generous rainfall and healthy river flows, the dry years are back. Much of the state, notably Southern California, has been experiencing sever drought. The major reservoirs along the Colorado River are less than half full. Snowpack in the Sierra Nevada last winter was half of normal, and meteorologists say we may be headed into another dry winter despite this weekend’s rain.

The possibility of water shortages has spurred more talk than action. Despite holding a special session on water, Sacramento lawmakers did not come up with a borrowing bill to pay for new dams, additional storage space and fixing up the levees in the Sacramento-San Joaquin River Delta. Meanwhile, a coalition of business, labor, agricultural and water leaders recently said it was going to push for bond proposals to finance new dams.

Peter Gleick, a member of the National Academy of Sciences and a MacArthur fellow, is president and co-founder of the Pacific Institute, a nonpartisan, nonprofit think tank. 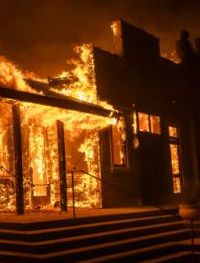