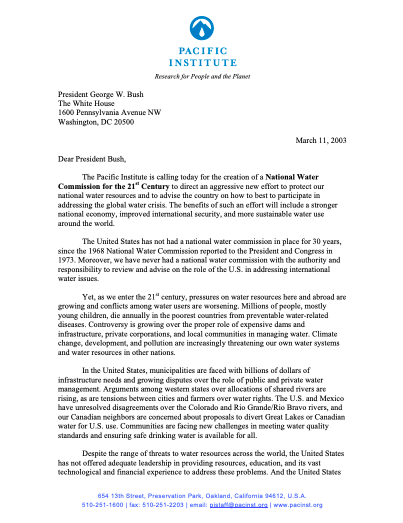 The Pacific Institute is calling today for the creation of a National Water Commission for the 21st Century to direct an aggressive new effort to protect our national water resources and to advise the country on how to best to participate in addressing the global water crisis. The benefits of such an effort will include a stronger national economy, improved international security, and more sustainable water use around the world.

Yet, as we enter the 21st century, pressures on water resources here and abroad are growing and conflicts among water users are worsening. Millions of people, mostly young children, die annually in the poorest countries from preventable water-related diseases. Controversy is growing over the proper role of expensive dams and infrastructure, private corporations, and local communities in managing water. Climate change, development, and pollution are increasingly threatening our own water systems and water resources in other nations.

In the United States, municipalities are faced with billions of dollars of infrastructure needs and growing disputes over the role of public and private water management. Arguments among western states over allocations of shared rivers are rising, as are tensions between cities and farmers over water rights. The U.S. and Mexico have unresolved disagreements over the Colorado and Rio Grande/Rio Bravo rivers, and our Canadian neighbors are concerned about proposals to divert Great Lakes or Canadian water for U.S. use. Communities are facing new challenges in meeting water quality standards and ensuring safe drinking water is available for all. […] 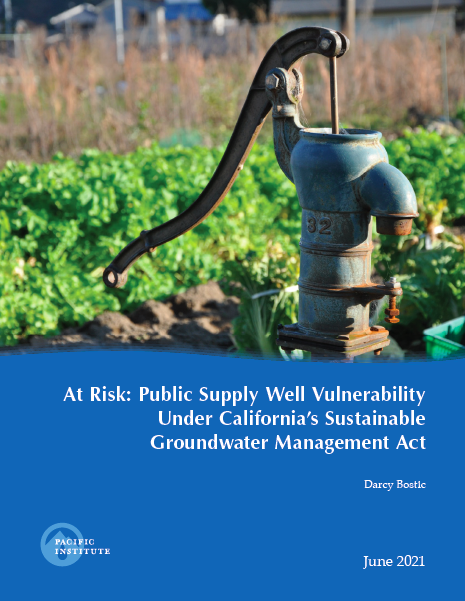 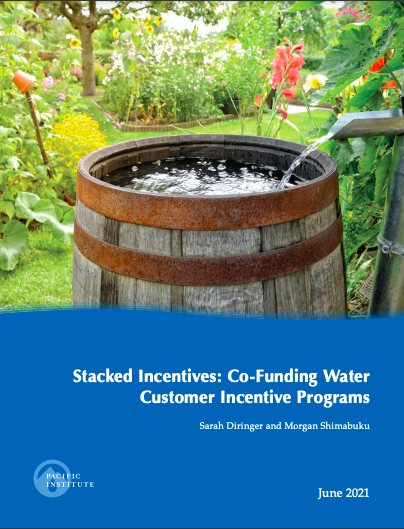 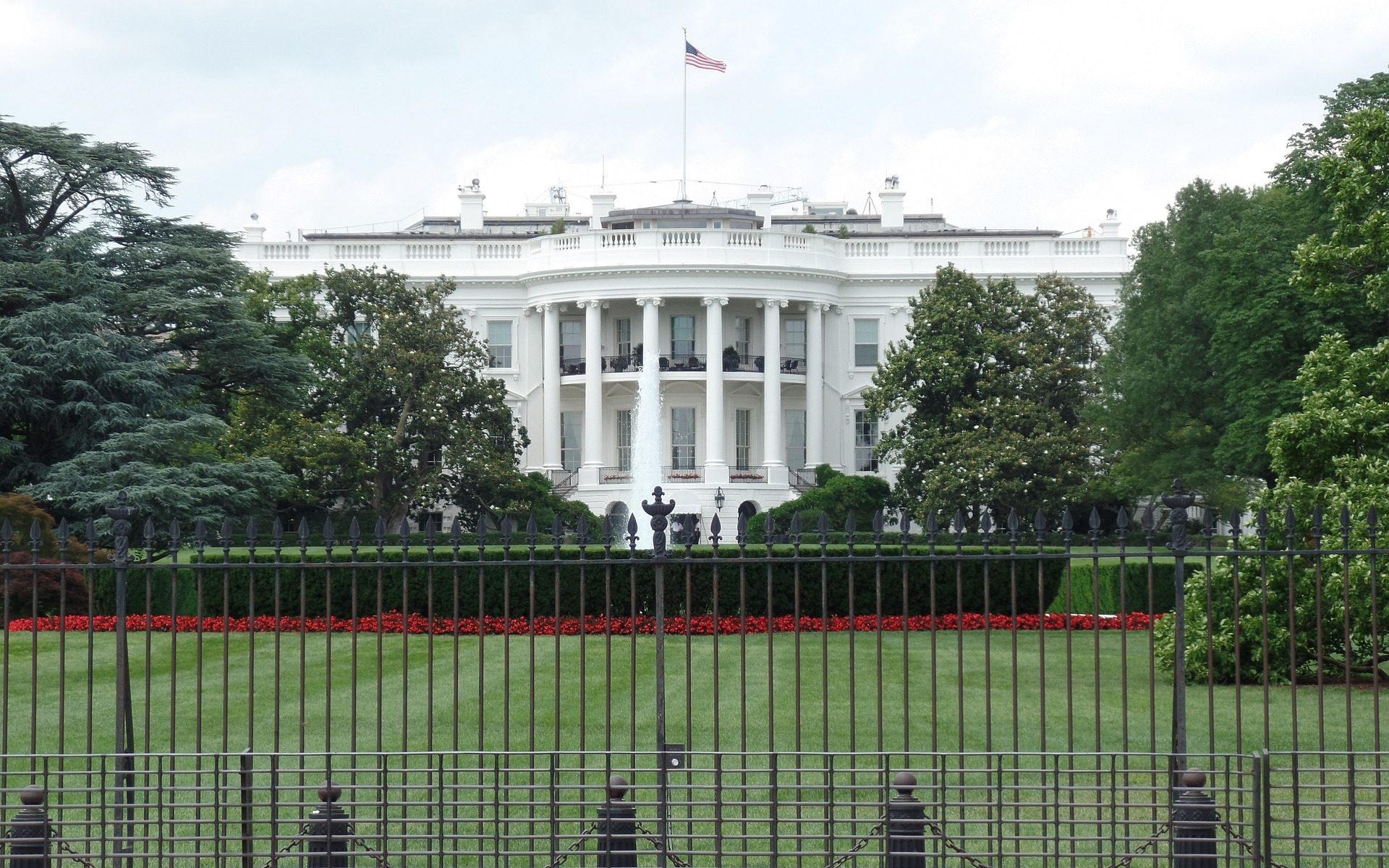 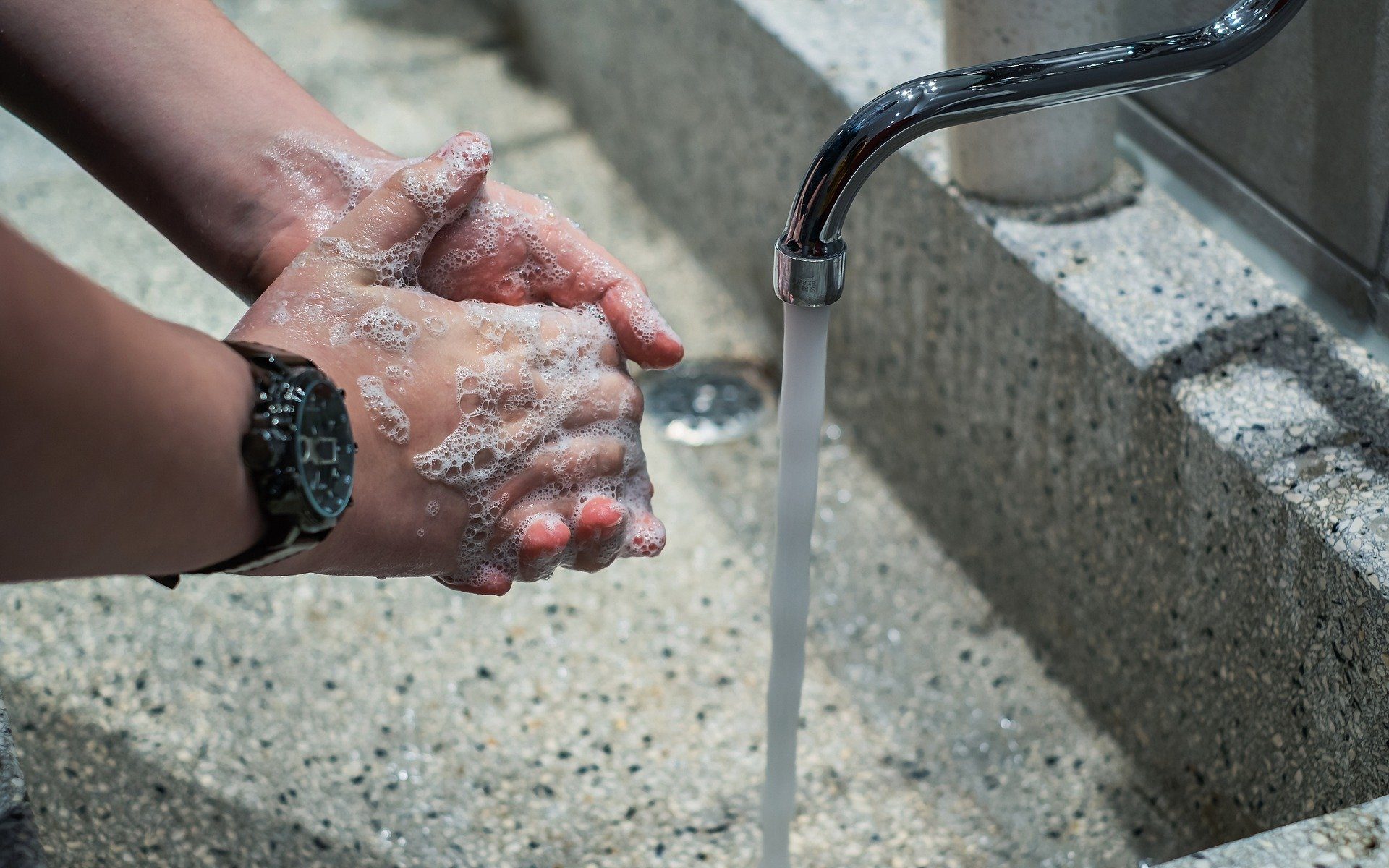 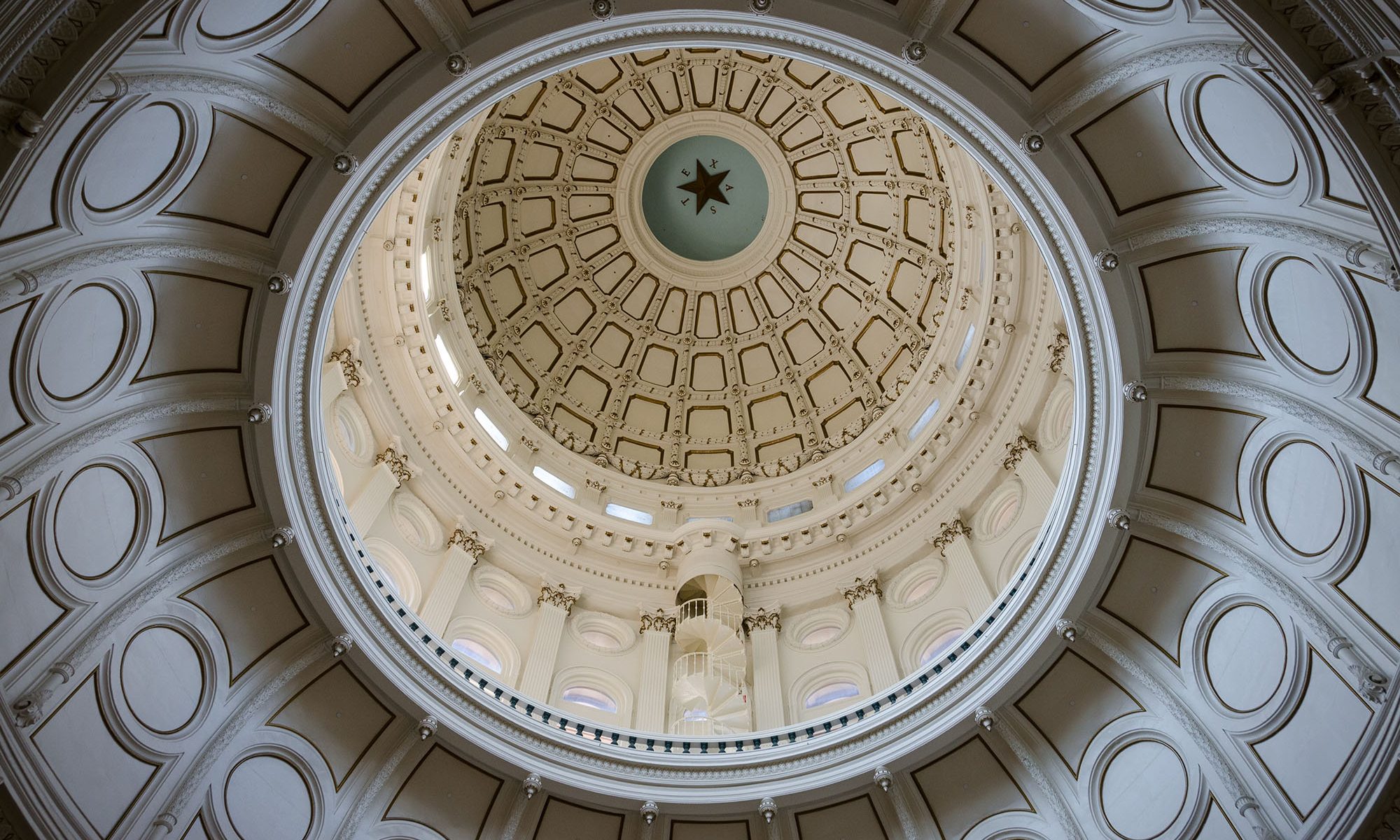